welcome to our new home!

hey guys, i know i owe you the pictures of our new home. the house that gave me sleepless nights. mahirap at magastos pala magpagawa and that really made me crazy. being an ordinary employee eh wala naman akong maipagmamalaki. hindi pa sya talagang tapos but we decided to stop the constructions and moved-in. 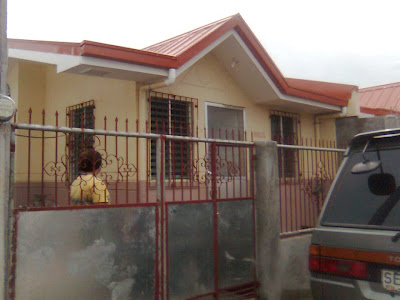 the gate is still unpainted until now. and the developer disapproved my request for the refund of our construction bond because we haven't paint it yet. i told them that i am requesting for a refund so i can buy paint pero hindi umobra. hehehe. wala lang gusto ko lang din magpasaway sa engineer.


let's go inside. but please pay some respect to our guards so you'll be safe.


first to paopao, the kulit dog. K.A. gave that name to him. mahilig syang kumahol and sobrang makulit. 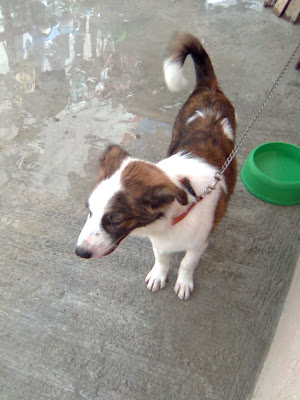 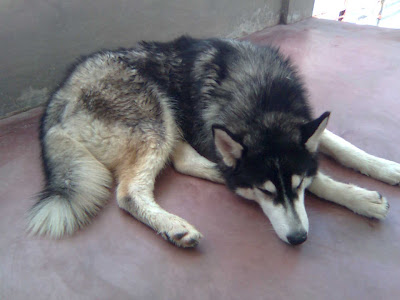 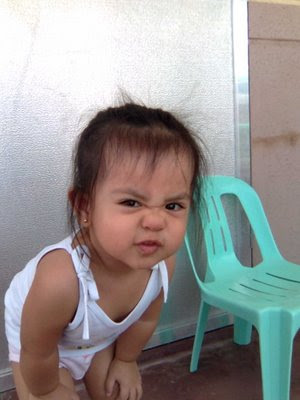 part of our terrace/balcony. 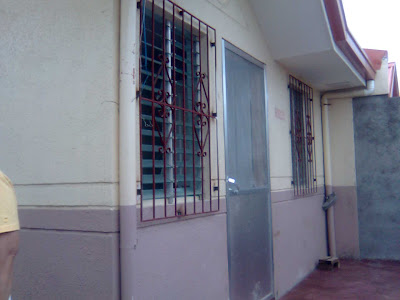 the rooms. the one which is partly open is our room and the other one is my sister's room. 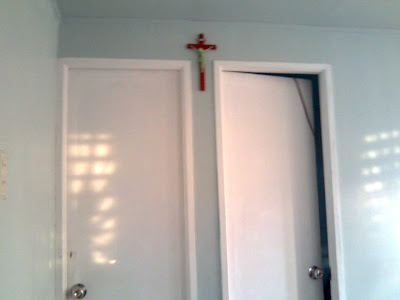 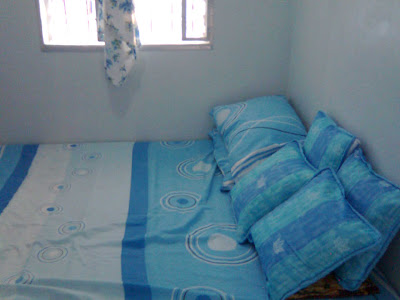 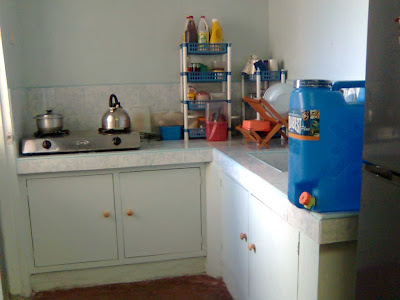 Email ThisBlogThis!Share to TwitterShare to FacebookShare to Pinterest
Labels: around the house, blessings, sharing

Yay! Thanks for welcoming us to your home. =) Your daughter is beautiful. Mana siguro sa Mommy. =)

omg, congratulations - you must be so happy! Your daughter is the cutest little thing, ever! xoxoxo Yay for BR!

i've been waiting for these pics! congrats on your new home!

thank you for the tour. i like your home. i pray it will be filled with laughter and joy.

didnt know you're back! it's really nice to see the new home but i like the entertainer there. hehehe...

welcome back to the blogosphere.

thanks for giving us the tour, blue rose. You have a nice home. your daughter is so adorable! kakatuwa ang expression nya sa pic na 'to. :)

By the way, your daughter is so cute. :)

Blue rose, hehehe, that's a nice home... ako, hindi pa rin nakapag post ng looks of the new house, hehee, hiya ako to post anything, but will find the courage after that you have posted...

so watch out for that, hehehe...

Congrats on the new place...

there's no place like home, kahit gano yan kaganda or or my kulang yan, as long as you are together gaganda na yan db?

Savor muna the moment na malaki ang space. Not too long mapupuno nadin ito ng mga gamit. XD nice cozy home you got there. Thanks for welcoming us po.