On Eastern Sunday, I joined my neighbor on their trip to Wawa dam in Montalban, Rizal. It was actually an unplanned trip. On the last minute, naisipan kong sumama just out of curiosity on how does wawa dam looks like.
I took a lot of pictures. And here are some of the pictures:
The river along our way. The big & white rocks captured my attention. But the water level is a little bit low compared to what i am expected. 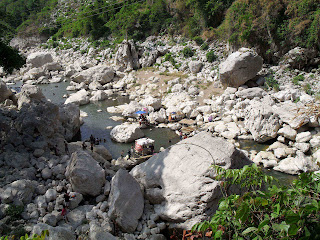 The mountain made of stone (if I am not mistaken adobe daw ang nakukuha dyan). Quarrying is also a common scene in this area. But I was not able to take pictures doon sa may quarry area dahil siksikan kami sa tricycle. 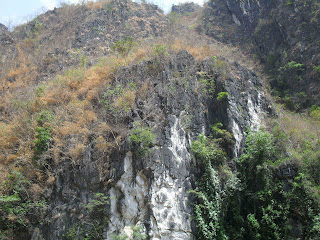 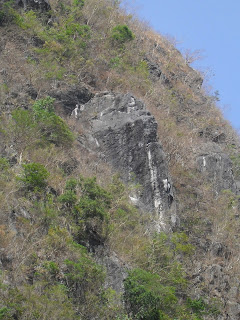 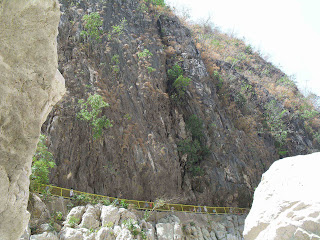 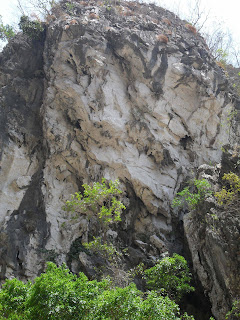 This one looks like a cave. But that is in the middle of the mountain. 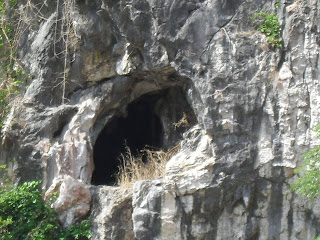 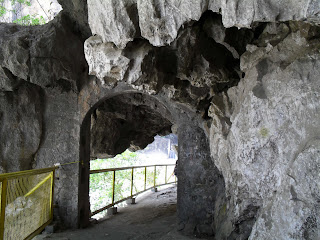 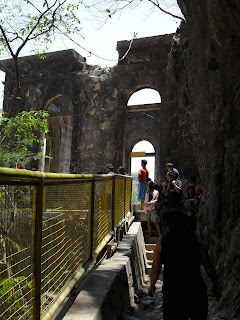 At the dam area, a lot of people are enjoying the water. Marami ang naliligo during that day – bata at matatanda. But in my personal opinion, it is not safe to swim in that area. Masyado syang malalim at kulay green na ang water. 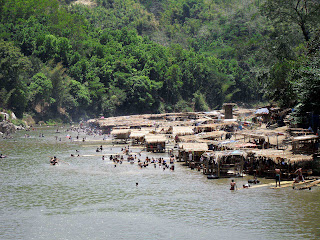 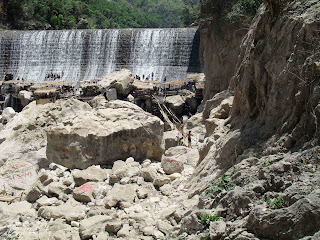 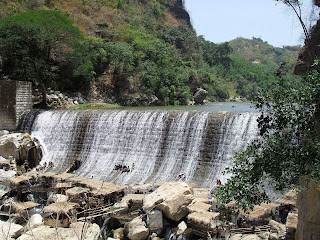 Going down to that place. Matarik at malalaking bato ang dadaanan. 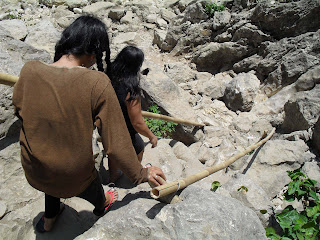 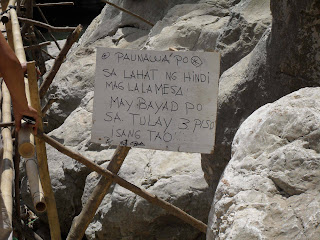 Here are the tables for rent. At P150 per table, feeling ko ang mahal nya ha considering that the place is a government property and that wala naman silang permit to operate such business there. 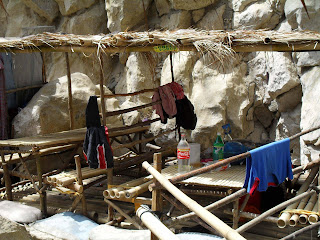 Of course, meron din bihisan but it's not for free. 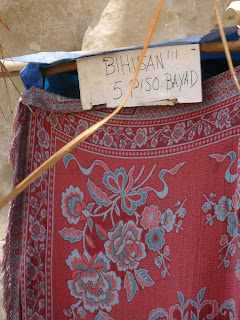 This man is very kind naman and attentive to the needs and safety of the people that are trying to go there. And he maintains the cleanliness of that place. 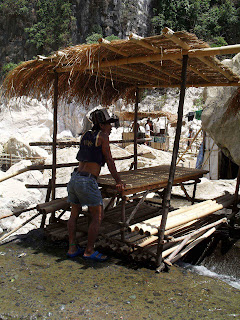 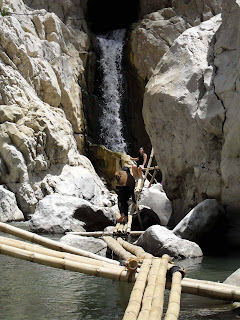 But going near that place is not easy. You have to cross this bridge and hindi yan kinaya ng powers ko. Promise! Ang lalim kasi ng tubig na yan. 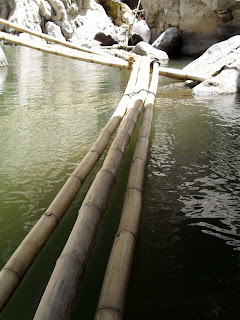 Email ThisBlogThis!Share to TwitterShare to FacebookShare to Pinterest
Labels: travel

this is the kind of place i'd like to visit. i'm just surprised at the fees.

Looks exciting! There's also a place in Laguna called Wawa. But near a river.

I guess everything comes with a price there. But I'm sure you had fun exploring the place.

I don't think I could cross that narrow bamboo bridge.